Landlords can increase residential rent 12 months after either the tenancy begins or the last rent increase was implemented. A rent increase guideline is released each year, based on the Ontario Consumer Price Index (CPI), which is a measure of inflation. According to the Residential Tenancies Act, 2006, the guideline averages the monthly Ontario Consumer Price Index over a twelve-month period that ends in May of the previous calendar year. The guideline represents the maximum amount a landlord can increase the rent in the following calendar year, without requiring the approval of the Landlord and Tenant Board (LTB).

Very few exceptions to the guideline exist, including long-term care homes, commercial properties, and newly built rental units rented for the first time after November 15, 2018. Landlords can also seek approval for increasing rent beyond the limit of the guideline from the LTB; this would typically apply in cases where the landlord is making significant improvements to a unit or building, adding new services for tenants such as air conditioning or parking, or there is a significant increase in utility charges. Landlords must give 90 days’ notice before a rent increase can take effect, using an N1 form (Notice of Rent Increase). Should tenants feel that they have received an improper rent increase, they can bring the issue to the LTB within 12 months for adjudication.

In 2012, the Residential Tenancies Act was amended to limit future annual rent increase guidelines to 2.5%, after a particularly high year for inflation drove the guideline up to 3.1%. The Ontario government made amendments to the Residential Tenancies Act (RTA) to limit future rent increase guidelines to 2.5% to provide more stable and predictable rent amounts for Ontarians, ensuring that significant swings in the economy will not result in a sudden widespread increase in housing unaffordability. This threshold has not been met since the RTA change was made, as inflation rates have remained below this figure ever since.

However, the economic impacts of the COVID-19 pandemic have sent inflation soaring, with Ontarians seeing significant increases on most goods and services. In addition, as rent rates were frozen for 2021 to support Ontarians experiencing financial hardships due to the pandemic, most landlords will be looking to increase rent to the full extent the guideline allows in order to recover their increased costs from the same period.

For the first year since 2013, Ontario’s rent increase guideline is again meeting this maximum threshold of 2.5% for 2023. For reference, had the current rent increases been able to follow the rate of inflation, the 2023 increase would have been 5.3%, according to the Ministry of Municipal Affairs and Housing. An increase of 2.5% will have a significant impact on many Ontarian households still recovering from the pandemic, and without this cap in place a 5.3% increase may have been financially devastating for households living paycheque to paycheque or with little savings. The increase cap has undoubtedly benefitted the majority of renters across the province for 2023, considering rent increase maximums will be less than half of what they likely would have been had the increases followed the rate of inflation.

However, while the cap on rent increases has benefited many Ontarian households in the current economy, the cap may in turn be a hardship for landlords. Landlords’ expenses have continued to rise in step with inflation with no recourse to recover the increased costs through a corresponding increase in rent. With rent increases not being a viable option to cover costs, landlords and property managers will need to look at operational and capital budgeting to cover the shortfall. 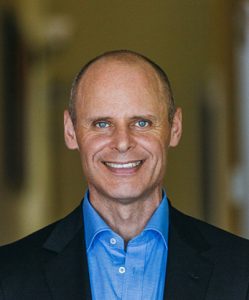